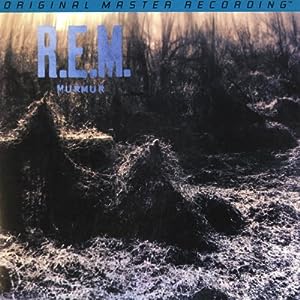 When REM, a young four piece Rock band from Athens, Georgia entered Reflection studios in January 1983, I don't think they imagined how well known they'll become in the future. Those four young guys: Michael Stipe, Mike Miles, Peter Buck and Bill Berry recorded that album after replacing their producer Stephen Hague for Mitch Easter, who emphasised the technical perfection as the previous and gave them more freedom. It seems that it was one of the best decisions made by REM, who convinced their label IRS, to schudele a tryout with Mitch Easter. The label heard the recordings and agreed that they'll continue woring together, and the rest is History. The album was released on 13 of April, 1983, 30 years ago, earning quite good reviews but it sold only 200,000 copies, which was considered under the expectations. The leading single was Radio Free Europe, which peaked the #78 place in Billboard Chart but the critic loved it so much that even the Rolling Stone magazine crowned it as the best album of 1983, beating Michael Jackson's Thriller, U2's War and The Police's Synchronity. Looking back at that album made me discover again the pure magic that was translated to their big success later on. So let's celebrate with them by hearing five songs from that great debut album.