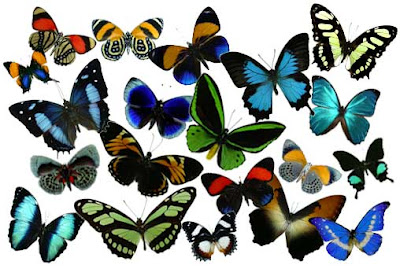 There is something fascinating about butterflies. On the one hand, they are associated with feelings of freedom, hope and release. On the other hand, it has short lives (Between a week to year, depends on the species).There are between 15,000 and 20,000 species of butterflies all over the world but I tried to catch five moments that belongs to butterflies in popular music from: Sharon Corr (Formerly the violinist of The Corrs), Juliana Hatfield, Los Jardines De Bruselas, K's Choice and Silent Paper Radios. you can find more songs about the same issues in Animals Kingdom series. enjoy!