Anne Frank's Diary Dream: 15 Years To Neutral Milk Hotel Album, "In The Aeroplane, Over The Sea" 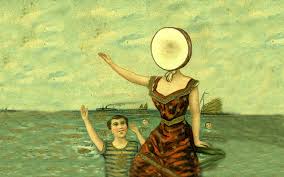 Ruston, Louisiana isn't the first place you'd go in search of Indie music but, 15 years ago, on 10th of February, a young Indie band called Neutral Milk Hotel released their second (and last until this writing date...) album, In The Aeroplane Over The Sea (1998). Jeff Mangum, the leader of this band said he was widely inspired by reading Anne Frank's Diary then so it became an integral part of his creation. Working with Jeremy Barnes, Julian Koster, Scott Spillane and Robert Schneider they made a wonderful Lo-Fi album, which became one of the most hear albums for any Indie fan. It's pretty sad that they hadn't released anything since then, but maybe it's better after achieving such a great height. Here are five magnificent songs from that album.

In The Aeroplane Over The Sea