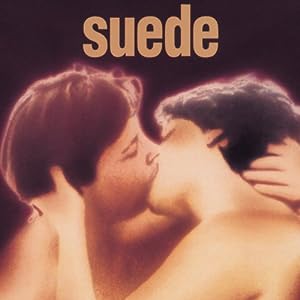 The lost generation of the 90's tried to find a comfort place in a world that rapidly changes their lives. They were the first generation to use a private computer, to move faster from place to place and feeling at home anywhere around the world due to the standartization of life styles. Suede tried to fill that void with their music, releasing their debut album Suede on 29 of March, 1993. Some see this album as one of the first Brit-Pop album, which paved the way to other acts such as Oasis, Ash and Blur and more. Speaking of the last band, Blur, led by Damon Albarn, both of them hated each other, especially due to the break up of Brett Anderson and Justine Frischamnn, when the later found comfort in the arms of Damon Albarn. After the departure of Justine Frischmann, there were four members left: Brett Anderson, Bernard Butler, Mat Osman and Simon Gilbert. They got into the studio and recorded one of the best debut albums ever, with dirty sounded guitar of Bernard Butler and Brett Anderson great voice, they managed to win the second Mercury prize contest in 1993. That was an album about dying young (Exciting So Young), wishful thoughts about life after death (The Next Life) and break ups (She's Not Dead, Breakdown). Death and love were the main issues in that brilliant album and it all came into one-time masterpiece (And then they released Dog Man Star, Which redefined the phrase masterpiece) While I listened to this album today, right after I put their last release Bloodsports aside, it still sounds fantastic, even though it's 20 years old. For the 90's great days. here are five picks from that album....


Animal Nitrate
Breakdown
So Young
Pantomime Horse
The Next Life
Posted by Unknown at 03:30